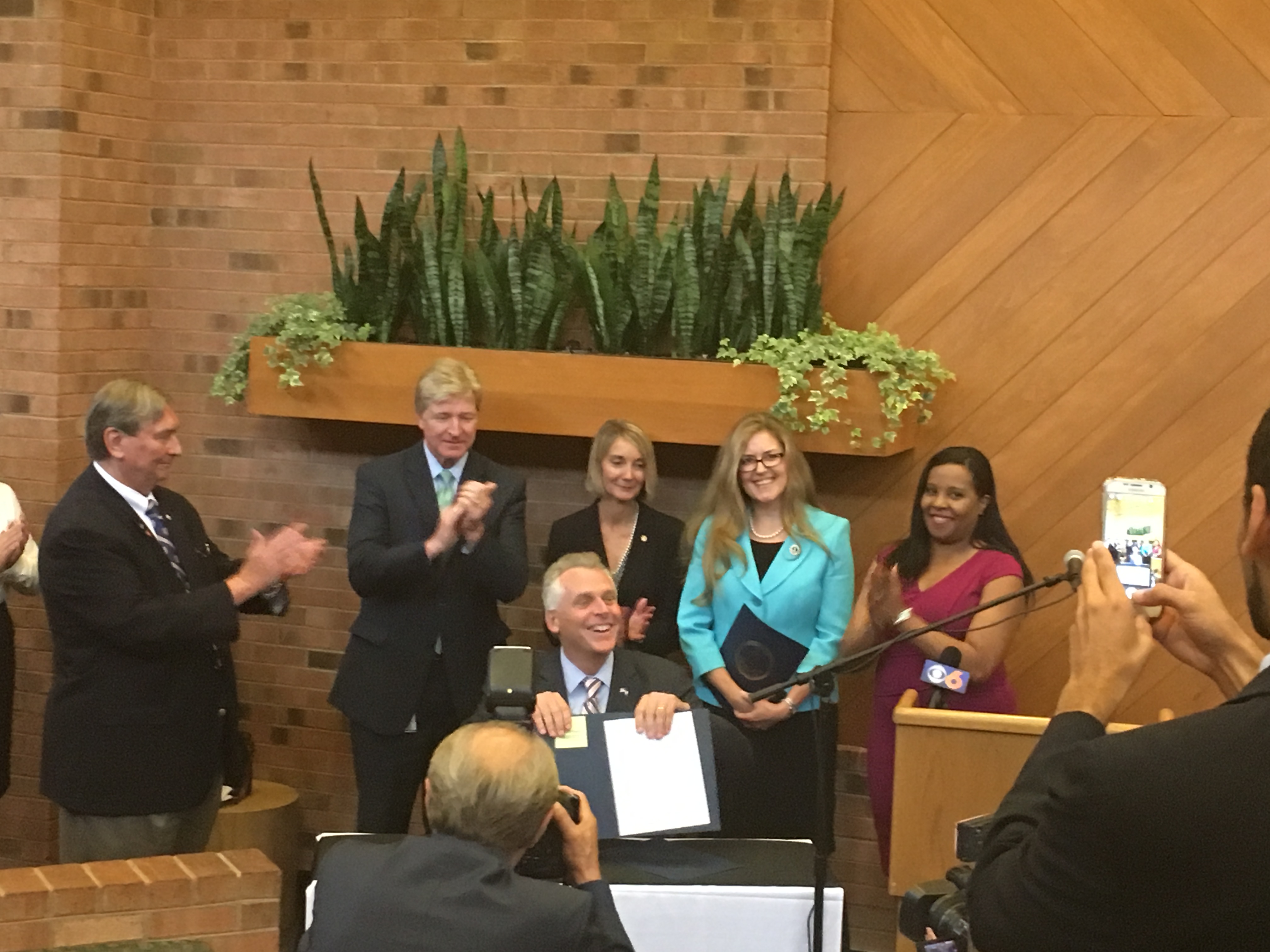 The Commonwealth’s opiate and heroin use epidemic has exceeded statistics, once thought unfathomable by today’s public health analysts. In 2013, fatal drug overdose became the number one method of unnatural death, with 1,013 Virginian lives lost in the Commonwealth, it has surpassed both motor vehicle-related fatalities and gun-related fatalities combined (Virginia Department of Health, 2015).

The Virginia Association of Health Plans was proud to support legislation introduced by the Governor’s Opiate and Heroin Task Force in an attempt to curtail this epidemic and address it as a public health crisis. The Association also supported two additional legislative initiatives, the Governor’s budget request for additional substance use disorder services under the Medicaid benefit and a bill to allow clinical teams employed by the Medicaid Managed Care company, to access to the Prescription Monitoring Program (PMP) database, in order to prevent, better manage and care for Medicaid beneficiaries struggling with addiction. 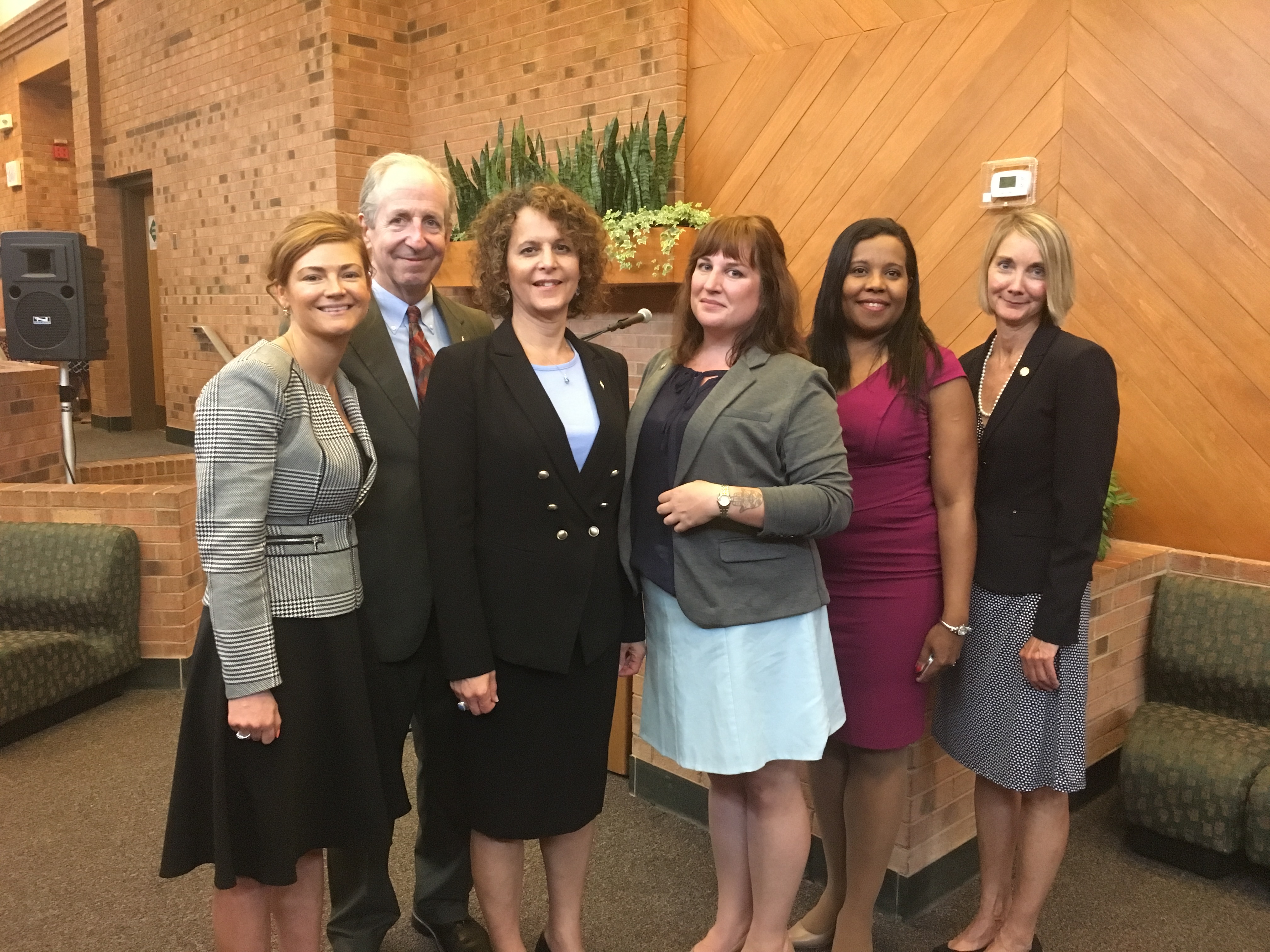 This year’s champions from the Office of Health and Human Resource (HHR) and respective agencies, pictured from right to left; Deputy Secretary of HHR Pam Kestner, Delegate Herring, who carried HB 293, Jodi Manz, HHR staff and champion of the Governor’s Opiate and Heroin Abuse Task Force, Commissioner of Virginia Department of Health, Dr. Marissa Levine, Director of the Department of Health Professions, David Brown and our own Director of Medicaid Innovation, Stephanie Lynch. 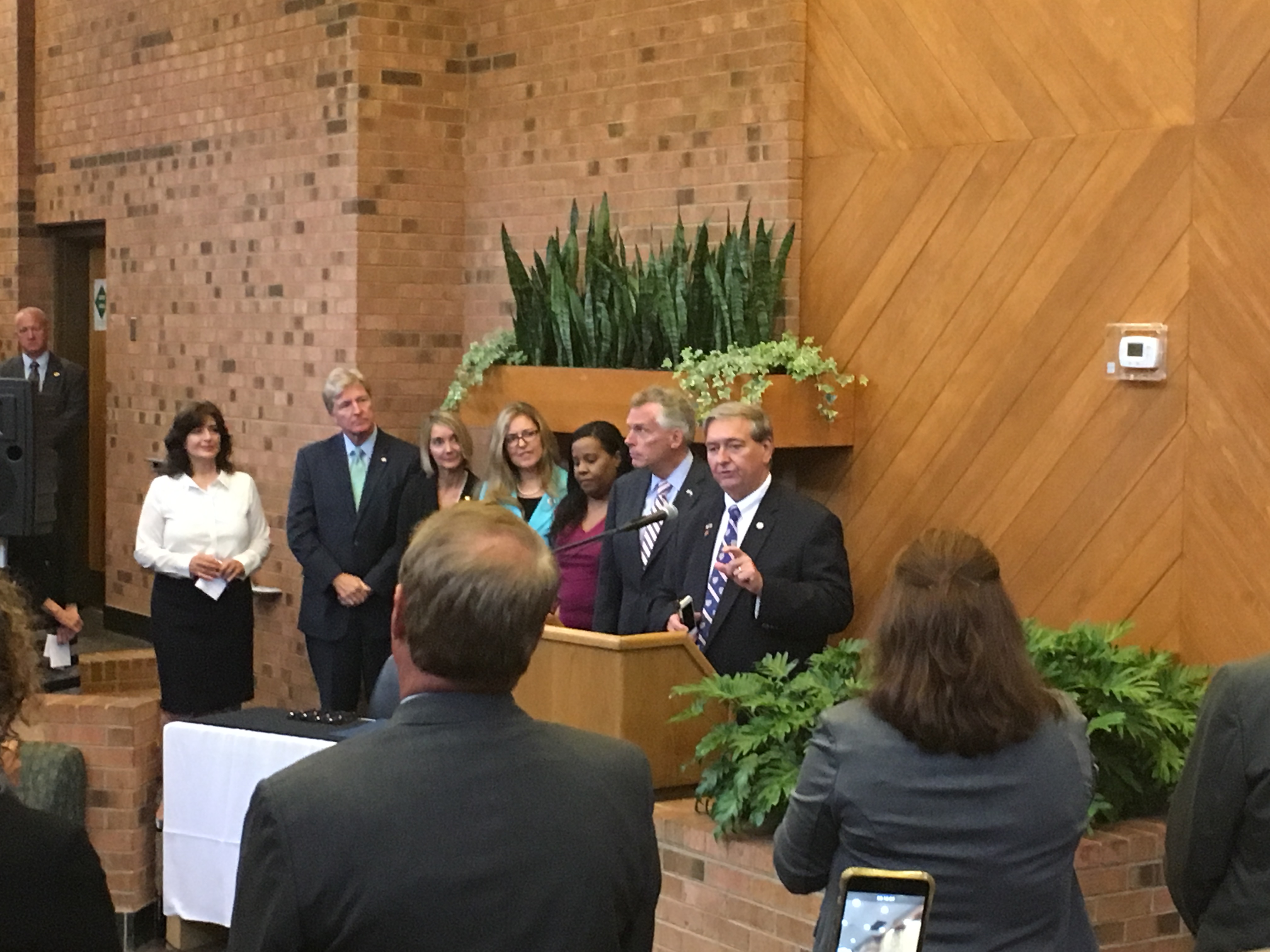 Delegate John O’Bannon, pictured at the podium, championed this issue and played a strong role on the Governor’s Opiate and Heroin Task Force. He carried HB 657, a measure to allow the state to take authoritative action against prescribers that appear to be engaged in abusive prescribing behavior.

VAHP is proud to play a supporting role in improving the lives of Virginia’s individuals and families struggling with addiction. We will continue to help shape effective public policy, promote effective population health management practices and use our data to educate the public about this important bi-partisan issue.

See below for a list of additional resources that may be helpful to individuals and families struggling with addiction:

Drugs of Abuse: Interactive Exploration of Drug Effects on the Body

Overdose Emergency: How to Identify One and What to Do

7 Tips for Mothers of Adult Addicts

Addiction in the Waiting Room: How to Go to the Doctor in Sobriety

10 Things I Wish I Knew at the Beginning of Sobriety

Boundaries with Teens: How to Address Alcohol and Drug Issues